The Short and Tragic Life of Robert Peace

The Short and Tragic Life of Robert Peace hit upon almost all the intellectual struggles I have with education as a scholar of color.  This doesn't mean every person of color will relate to this book, and it doesn't mean that White people can't relate to the book either. 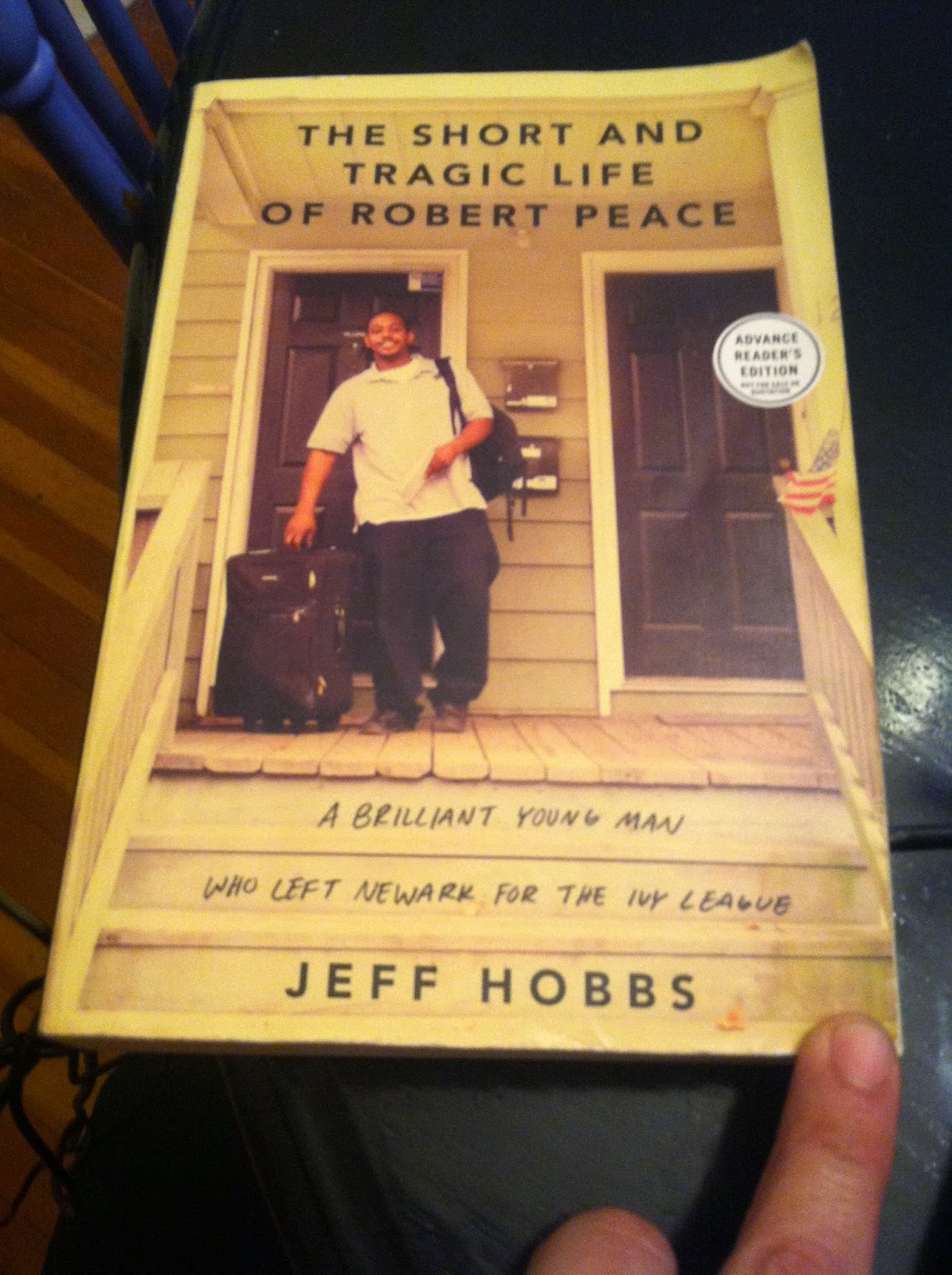 It is really a book anyone should read, but the themes covered:

are themes that many people of color in academia can relate to specifically.

Robert Peace was a brilliant Science student, who earned a full scholarship to Yale University.  He graduated and seemed to have everything going for him.

This book tells the story of his family background, his upbringing, his education, his post-education decisions and his untimely death.  Rob's story is told from his White-upper middle class roommate's perspective.

Rob peace went to Yale,dealt cannabis throughout his stay at Yale, graduated and then went back to life in Newark New Jersey, selling weed, teaching, working at the airport and inventing new strains of marijuana.  This book claims he invented the famous Sour Diesel strain of cannabis.  The conundrum this book addresses and is stuck on is:  How could a kid, who had so much going for him, fuck up so bad and get murdered?

The writing is mediocre, but the story is something that is gripping and I believe happens much more than people speak about.  Alienation, and a turn away from the "gifts" that are  bestowed upon this "blessed" and "unusual" person.

[Writing in blue below are my personal observations.]

Sometimes, the supposed gifted ones, know people who are as smart, or smarter than them.  These people use their smarts to survive and to make money.  When one is lauded, and knows others who are smarter, who are rotting in jail, or dead, or addicted to drugs,  then the gifts that one is bestowed with don't mean as much to you as to those who are giving the gifts.

Why couldn't he break away from his former neighborhood and the life there?

When I was an undergrad, I came to realize that the inner workings and business deals on the street level were not any different than those business deals and workings of "legitimate" businesses.  The legitimate business dealings, were far larger and impacted far more people than street level deals, or even big dealer deals, but they are fundamentally the same.  I realized that the drug trade was unfettered capitalism.

Why didn't he plan something after college?

One can be academically successful and NOT hold the same values as their educational institutions.   The scene where Rob was confronted by the authorities at Yale for selling weed at school, and him not getting in trouble.  And his continued sales even after the confrontation with his administration.  Rob knew he was being used as a token, and knew they would not prosecute him, nor even punish him--it would look bad.  This is my take on it at least.  It also shows that Rob was not your stereotypical "successful" minority scholar, who doesn't smoke weed, believes in Jesus and doesn't own guns.

Survivor guilt?  I am not claiming that Rob Peace had survivor guilt, but this is something that has bothered me forever.  How come I am alive, free, educated and employed?  While others, who are far smarter than me, far greater than me in many respects, are locked up in prison, dead, or drugged out?

This book bothered me in many ways:


I would recommend this book for all HS seniors and incoming freshmen of color because it may help them sort out what success means to them.  I would have a  discussion with them about what it means that the author is White though--what it means to the story and how the author's class impacts his understanding of Rob, his family, his neighborhood and his values.

How to Survive Police Confrontation and Other Services for Library Patrons

Libraries should be developing programs to help people deal with the police.

There has been a huge increase in police shooting, beatings and other transgressions against citizens.

We, as librarians, should recognize the community's need for information on how to stay safe, avoid police confrontation, and how to act when confronted by police.

We can form partnerships with legal organizations to provide patrons with basic survival instructions for the world of today.


#LibrariesAgainstPoliceBrutality
at August 15, 2014 No comments:

I was was gazing at some train tags--some nice bombs in the train yard with my littler brother, who happens to be a graffiti artist.  He interpreted the tags and bombs I could not read.  He and I read me all kinds of information from throughout the country, from LA, to Chicago, to Seattle and other places.  Then a train yard cop came and chased us away. 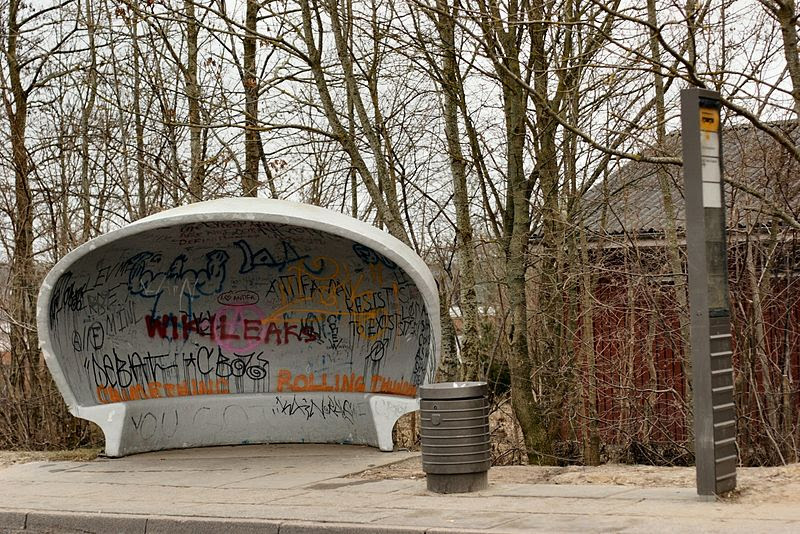 
My brother Jaimie used to be well known throughout San Jo as Daze2000 back in the 80's, then went on to LOVE and other names throughout the years.  He's retired now.

For those unfamiliar with tagging--here is a sufficient definition from Wikipedia:


Some of the most common styles of graffiti have their own names. A "tag" is the most basic writing of an artist's name, it is simply a handstyle. A graffiti writer's tag is his or her personalized signature. Tagging is often the example given when opponents of graffiti refer to any acts of handstyle graffiti writing (it is by far the most common form of graffiti). Tags can contain subtle and sometimes cryptic messages, and may incorporate the artist's crew initials or other letters.Source: http://en.wikipedia.org/wiki/Tag_(graffiti)


Back in the day, I could be anywhere in San Jose and see my brother's tag.  I would immediately know it was him, and that he was getting up in a variety of places.  Tags can also be used for groups, or "crews" of artists, who tag their territory--similar to gang tags.  Gang tags convey a host of meanings to those who are aware of them.  They convey the name of the gang, that gangs history, and the implicit threat that this is "their" territory and they will protect it, etc.. 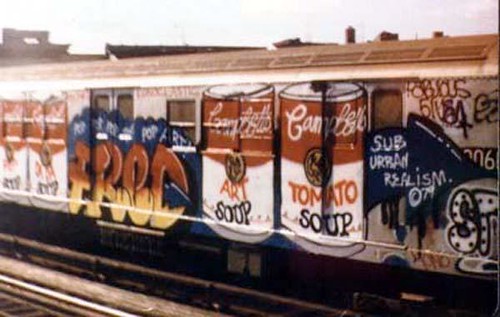 
The above is a characterization of tagging as a folksonomy by artists and by gangsters.  The tags carry meaning, information and knowledge can be gleaned from them--for instance, the knowledge the one is in a particular gang's territory and more.

I would liken the above to information tagging on files on the internet and in computer systems in general.  There is a relationship between the two types of tagging that has yet to be explored.

Tagging became popular during the social software craze known as Web 2.0.  Pre-Yahoo Flickr was a major player when it came to bring tagging as a folksonomy on the web to the masses.

Graffiti tagging on buses or trains conveys travelling information--the tags are carried around town or around the country and people are shown the tag.  I would liken this to searching via tags in tag clouds or by other means--one will travel to the place where the information is located--it is in a way opposite of graffiti tagging, but closely related.


The above is meant to be a super brief sketch of an idea.  What do you think?  Do you agree?  Disagree?  Have something to add?


I would like to open up the study of the relationship between Hip Hop culture and Information Science.