Hackers Have a Stronger Sharing Ethic than Librarians

The dysfunctional model of Librarians, who already have great jobs as librarians--writing books for ALA, or other publishers who will then pimp their information out to libraries who can afford the price to these publications. Most often, these publications are on essential library best practices and technology implementations. To put up a barrier to this librarian created information is ethically and morally wrong. It goes against the librarian principle of sharing information.

This site needs to be hackerfied--meaning--it should be converted to an information sharing site:

When I was first introduced to computers and the internet I had a friend who was a hacker. He turned me onto a group of White Hat Hackers who dedicated their lives to sharing information.

Much of what they did was illegal, but it was not malicious. It was about sharing. These people would spend hours and hours creating tutorials for users--this is where I learned about ports, scanning, FTP and more--all for FREE.

This sharing ethic made such a huge impression on me that I wondered why more people don't share information so freely.

Then I became a librarian and was so excited by the purported ethic of sharing information with those who are in need. Once I became a librarian, I quickly realized that this was not the case. What I mean by that is that in order to serve your patrons well, then you will have to cough up the money (most often) to get that information in the form of a pre-conference, a publication or a trainer. BIG bucks paid to librarians, whose ethics are supposed to include sharing information--even with those who have nothing. There is something wrong when our profession sells information.

One of my academic friends on FB told me that it is a tenure issue--"...people need to publish in the antiquated system in order to be recognized professionally."


While, this is indeed the case for academic librarians, we ALL need to be pushing the envelope on the publishing platform issue. Blogs and other related platforms can and should be used by academia to publish their work and get critiques from colleagues and a wider breadth of readership than simply publishing your article in one journal. Blogging to a wider audience can inject a healthy dose of transparency, information diffusion and a diversity of ideas into Academia. Academia is in dire need of these things at the moment.

Librarians should set up a virtual publishing center and publish their work there. It should be Be freely available to anyone who needs the information and should also include multimedia production and storage capabilities.


Michael Backes has done a great service by producing this wonderful book on medical cannabis.

His book covers a nice portion of material on cannabis and related subjects.  It is often hard to get all this material in one book.


Here are the contents:

This wonderful resource is broken into logical chunks of information for readers who want to learn about medical cannabis.

Mr. Backes gives a great historical and social perspective on cannabis that is well-researched and is put in terms that the average reader can understand. 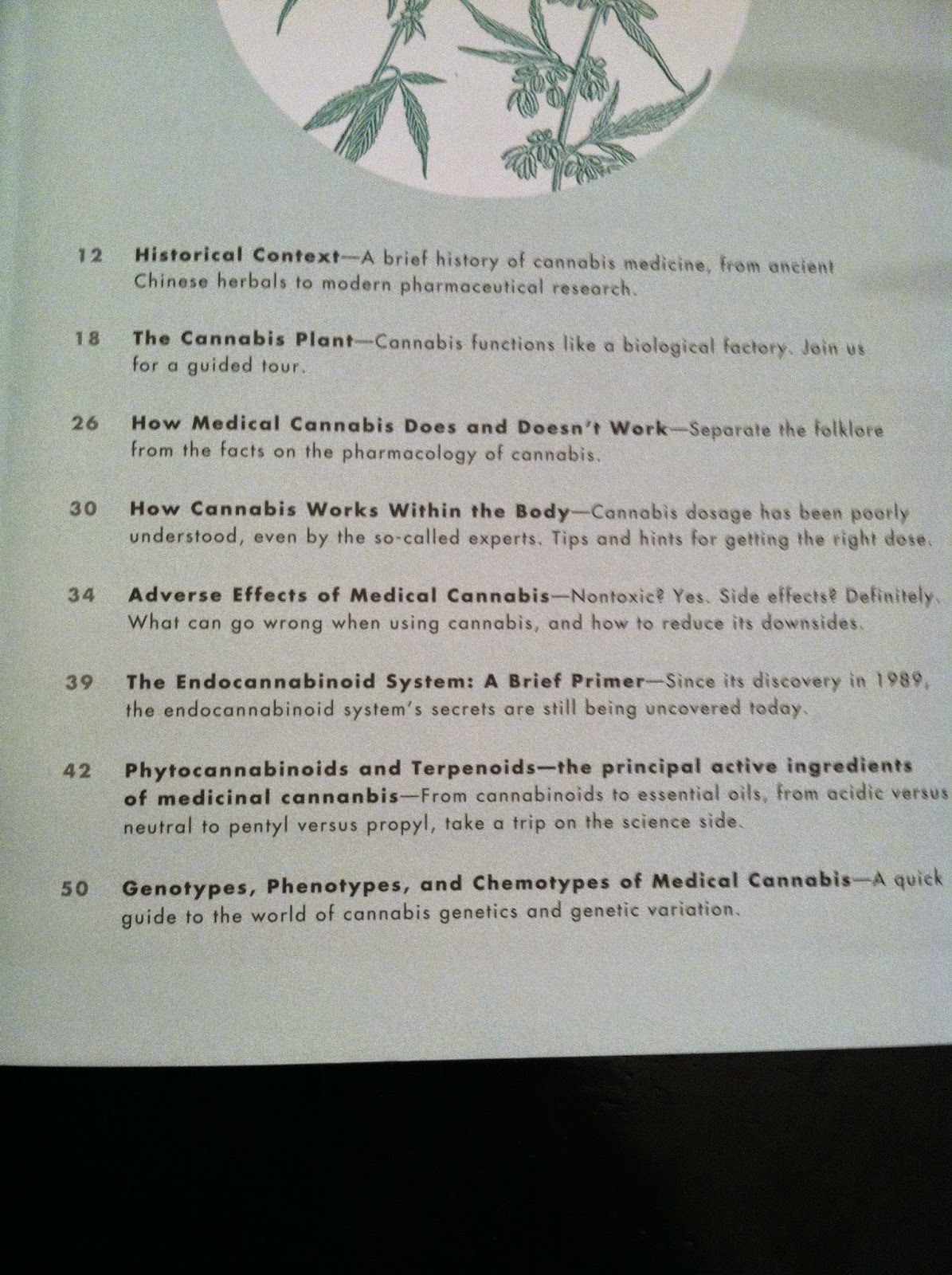 Adverse side effects are covered and explicated. 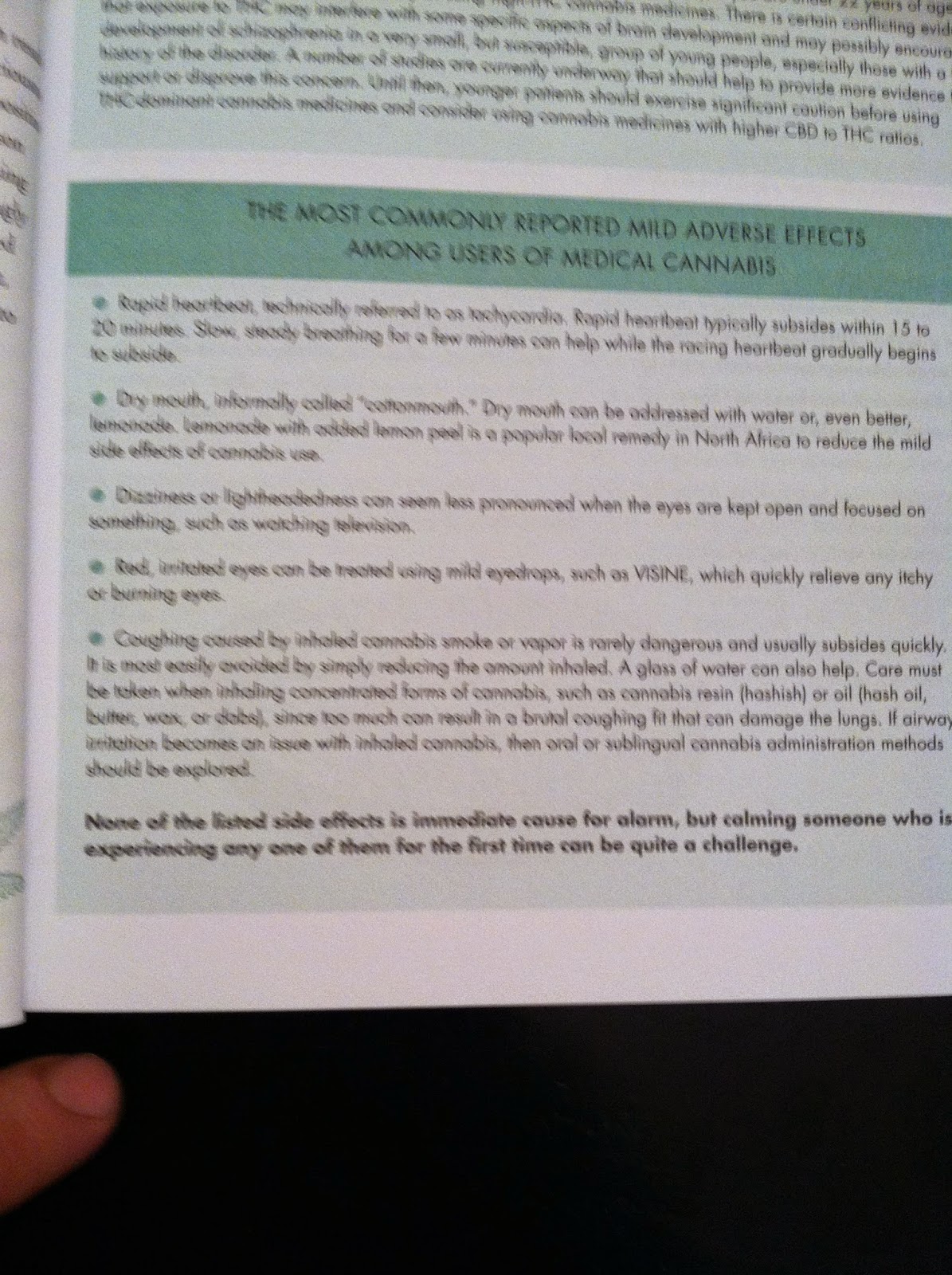 He then goes on to describe what makes the particular varieties of cannabis and shows a large sample of strains that have been developed by breeders.

He explains in detail the history, genetics and different types of cannabis strains and how they can be used to treat medical conditions.

His notes and citations of different strains are profusely explained and the medical uses are broken out in handy little highlights.

The notes and bibliography of this book are worth looking and and owning.  He even includes a handy glossary to help readers understand cannabis technical language.

I highly recommend this book for public libraries in states where cannabis is either medically legal, or recreational use is legal.  It would also be a nice addition to an academic library.  His writing is clear, cogent and to the point.  If you are looking for a primer on medical cannabis for your patrons--this book fits the bill nicely.  After July people will not need a medical cannabis card to purchase cannabis in Oregon.  I would anticipate that libraries will be getting questions on cannabis and also will be asked for resources.  Start building your collection now.  My local library is on it--that is where I found this book.

Racial Microaggressions in Academic Libraries: Results of a Survey of Minority and Non-minority Librarians

There is relatively little literature on racism within the profession of academic librarianship. To investigate academic librarians' experiences of racism, this research project uses the framework of racial microaggressions, which are subtle, denigrating messages directed toward people of color. According to the results of an online survey, some librarians of color have had racial microaggressions directed at them by their colleagues. Non-minority librarians, however, are unlikely to recognize these disparaging exchanges.

Memories From a 10 Year Old 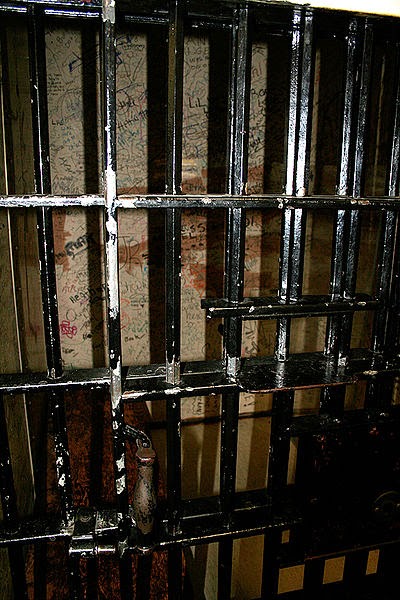 The glass comes between our love.

My hand reaches for the father that is gone.

Orange jumpsuits?--they have been putting us in those things long before Guantanamo.

A long row of desperate communication to my left and to my right.

I pick up the industrial black transceiver so we can talk.

[We welcome this week's guest post from Da` Lyberri-Ann] 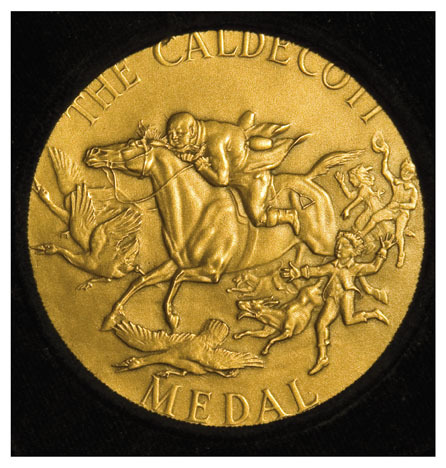 So another Midwinter has passed and like red carpet season, our new literary award winners have been announced with great fanfare. Facebook was filled with selfies and group pictures of committee members proud of a year’s hard work and accomplishments. As a librarian I should feel giddy and excited. New books are winning awards for outstanding literature in many different categories. As a children’s librarian I should be pulling out rolls of golden stickers to note these books of honor and proudly promoting them to my community. But I am not excited or proud. I’m upset. Disappointed. Dare I say “pissed off?”. Why? it is because again I see that although #blacklivesmatter for sound bites in the news, it doesn’t result in actual change.


At the risk of pointing out the pink elephant in the room I’ll tell you why: The Caldecott committee didn’t have any people of disadvantaged minority status. Or to be blunt: No Blacks, No Hispanics, No Native Americans served on the Caldecott this year. Again.

[There were two people of color on this year's Caldecott Committee: The chair, Junko Yakota and Lucia Acosta]. 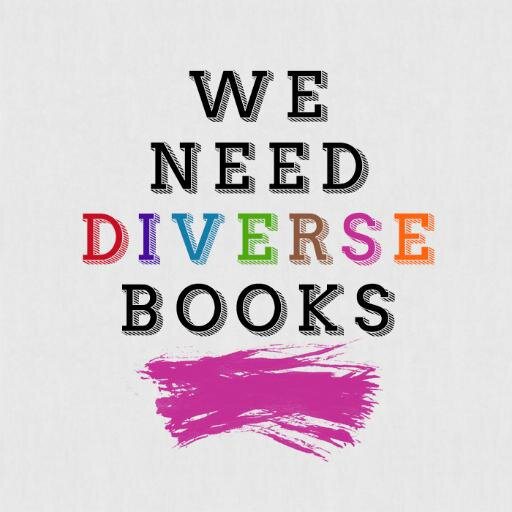 And to be honest I am sick of it! 20 people on the committee: 16 women, 4 men, one of Asian ancestry, and .. thats it. 19 white folks and one token Asian! WTF!!!! A committee that is supposed to find the best picture books in the nation didn’t have a single Hispanic! For crying out F****in’ loud, how hard is it to find a Hispanic children’s librarian in a country with over 30% of its population Hispanic?


Honestly how hard is it to find a Black children’s librarian to serve on  this committee? Now I know the excuses and they are bulls****. Minority ALA members pay dues, they are  active in the organization but are repeatedly blackballed, and denied access to the very committees that will result in a change in ALA structure.  When was the last time a book about a Black or Hispanic child won the Caldecott? ….. I’ll wait. ( you had to google it, admit it) And that proves my point. 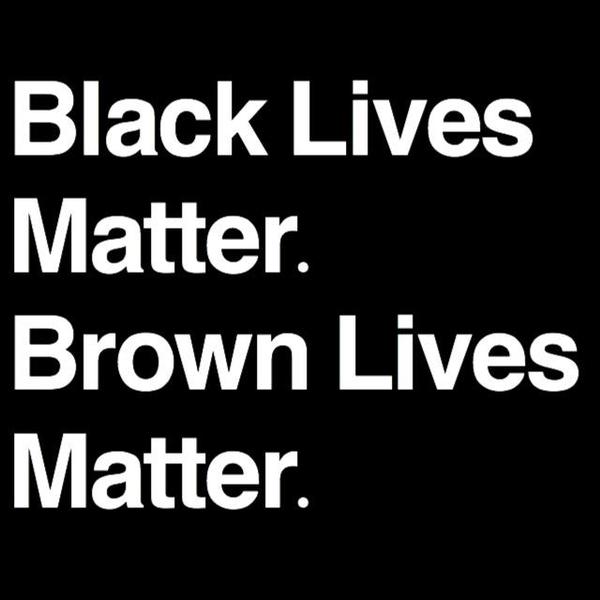 It is not enough that the CSK (Coretta Scot King) award exists. If #blacklivesreallymatter and #brownlivesmatter we need to acknowledge in mainstream awards that the stories of their lives are significant. It’s like a Black musician being happy their album won the BET awards. It’s all well and good be acknowledged by your own, but true change happens when your music crosses into the mainstream and wins a Grammy.  I know what some of you are thinking: Viva Frida was honored! And a that book about the slave poet in 2011… it was honored too. It is significant that the books are acknowledged right? 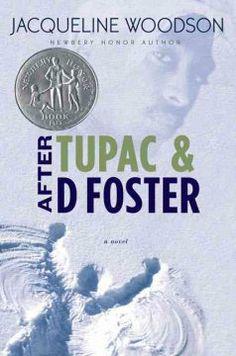 
Not anymore.  I am sick of books about minorities earning second place. I am sick of the message that they are good enough for CSK but not for Caldecott. I am sick of the message that the stories are not worthy of a mainstream audience.  And until I see consistent Black and Brown faces on the committees I will not see this change. So I won’t be  supporting this racist situation by marketing the Caldecott winners to my Black and Brown library users. #Blackbooksmatter. 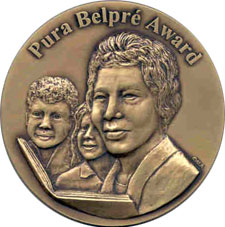 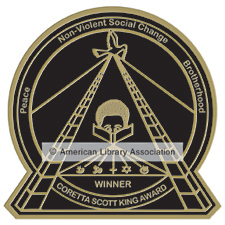 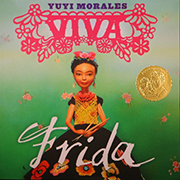 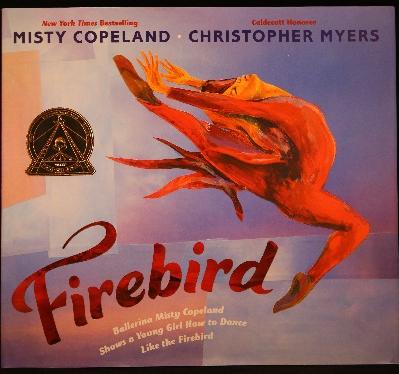 How do we get kids to read--especially those that appear to not be interested in reading?

An adventure making something out of the best of what you have is something ANY kid can empathize with, but the subject matter is most definitely something young Chicanos can relate to and understand.  Cars, space, excitement and fun make this dynamic story a great read young readers.

This is not to stereotype young Chicanos, we are far more diverse than lowriders, but many of us grew up in Lowrider Culture and love and understand this culture.

The language and characters are fantastic, but rooted in Chicanismo.

Cathy Camper and Raul The Third have developed friendly, characters who speak much of the vernacular I grew up with as a 3rd generation Chicano in CA.

The artwork is done in a beautiful blue, red and black ink that is reminiscent of ballpoint drawings.

2nd and 3rd generation Chicanos (Mexican-Americans) sometimes have a hard time finding reading material that meets the above criteria.

We can readily find books addressing immigration on one hand, and on the other books on gangs.

Chicanos are far more diverse than these categories and I love that Cathy Camper and Raul The Third have picked up on this and given us: Lowriders in Space!

Lowriders in Space is fantasy, but it is also culturally relevant and fun for young readers.

I would recommend it for 4th grade and up.

One of the interesting things about this book is that it has a glossary that breaks down chicano Spanish.  This is not only handy, but is also fun.

For an adventure that both boys and girls can relate to and enjoy check out Lowriders in Space.

This book would make a great addition to a personal, an elementary, middle school, high school, and college libraries as well as any good public library.

Hurry and read this volume--another is on the way.