There has been an awakening on Instagram this year--a political, social, and historical awakening that is helping to change thinking about race, racism, activism, social justice and more. The beautiful thing about this awakening is that it is being led by BIPOC. One of the most prominent accounts to follow on instagram is @BIPOC_in_LIS! This account brings together so many issues of people who are oppressed--not only in LIS and libraries, but also in education and in general society. Every day I am moved by her posts and also learn from them. @BIPOC_in_LIS can be thought of as a clearinghouse of information related to BIPOC in libraries. @BIPOC_in_LIS goes beyond BIPOC and posts about all sorts of oppressed groups and intersections!

Email ThisBlogThis!Share to TwitterShare to FacebookShare to Pinterest
Labels: #ALA, #BlackLivesMatter, AntiRacist, LibrariansWithSpines 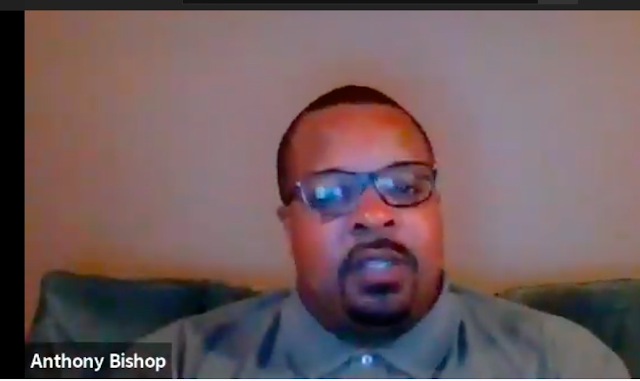 Librarians with Spines is proud to bring you another outstanding author showcase recording!

Many other LIS topics relevant to students, librarians, library workers and others.

Here is the link!

https://www.librarianswithspines.com/post/librarians-with-spines-author-showcase-3-1
Respectfully,
at August 24, 2020 No comments:

Librarians with Spines Vol. 1 Now available as an Ebook!

I am so proud to announce that Librarians With Spines: Information Agitators In An Age Of Stagnation (or Vol. 1), is now available in an E-book format. The e-book can be found on Amazon, and is responsively formatted, so you can control the font size, etc. with your e-reader. 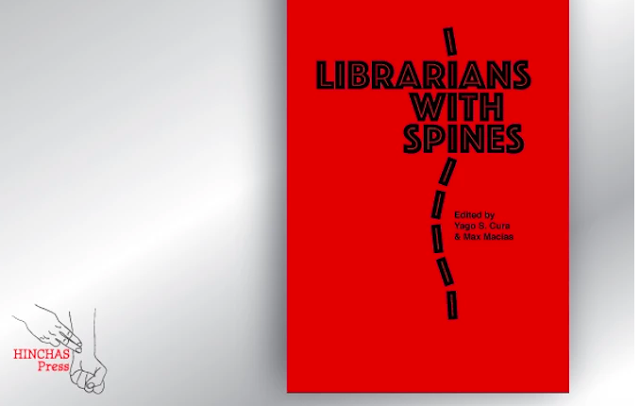 HINCHAS Press is working hard to bring you Vol. 02 in an E-book format by this fall and we plan on publishing Vol. 03 as a print and E-book format together.
If you are interested in submitting an abstract or an idea for a chapter in the next book, or as an author on a blog post here, please email Max at librarianswithspines@gmail.com .
Librarians With Spines E-book
at August 15, 2020 No comments:

What does Antiracism Mean?

[Please note--this is not an extensive, comprehensive definition--it is my working definition.]

But what does the term Antiracist really mean?

Being antiracist is actively working toward creating a society that does not view individuals as representations of their entire people.

Being antiracist is being actively engaged in bringing about this change in your organization. We must root out the idea that certain groups of people are superior, by their nature, and force structural change in our workplaces, organizations and society.

A way of thinking.

Here is what Ibram X. Kendi says about it in his book How to be Antiracist:

"To be antiracist is to think nothing is behaviorally wrong or right -- inferior or superior -- with any of the racial groups. Whenever the antiracist sees individuals behaving positively or negatively, the antiracist sees exactly that: individuals behaving positively or negatively, not representatives of whole races. To be antiracist is to deracialize behavior, to remove the tattooed stereotype from every racialized body. Behavior is something humans do, not races do."

Acknowledge and understand that we exist in a society that has been shaped by racist ideas, policies, practices, laws and organizations.  Anyone who has been raised in the Americas has been raised in a world that is based on skin color, and revolves around the concept of whiteness.  Whiteness here being, the idea that people from Europe are the most important, most intelligent and highest form of beings on the planet.  Therefore, being as white as possible leads to the aforementioned characteristics and importance.  The farther away one is from whiteness lends itself to negative characteristics being slavish, inhuman and stupid and being less important among many others.

To acknowledge this, is to become conscious that one must have biases and unconscious beliefs as a result of being raised in the Americas.  This must lead to critical self-reflection.

Being aware that one must have racial biases and in effect, be racist to a certain extent, if one were raised in the Americas is the first step to becoming antiracist.  One must critically reflect on one's ideas, behavior, body sensations and relationships with BIPOC if one wants to advance towards antiracism.  Only when someone becomes conscious of their behavior and ways of thinking, can they then work on fixing that behavior and thought.

Being antiracist also means actively listening to criticism when others call out your racism.  This is such an important aspect of being an antiracist!

I would say you can't be an antiracist if you don't do this.

I've had friends call me out and my first bodily feeling was anger, denial and mistrust.  But after backing away for a bit to reflect and really listen to the critical words and ideas about my racist behavior and way of thinking, I was able to hear their message of love to me.  And it really is a message of love if someone feels the need to call you out on something.  If they didn't care about you, then they wouldn't say something.  I've been able to see problem areas related to racism in my life because of my loving friends who have helped me see where and what I need to work upon.

Denial is the friend of racism

Being raised in the racist milieu that are the Americas, it would be irrational to deny having racist ideas in our heads.  This culture is based on a strict set of racial categories with characteristics applied to each category.  This culture is racist in its structures and thought.
So, like the alcoholic, the first thing we must do is come to terms with the fact that we are all racist to a certain extent and the only antidote to racism is acceptance and then an antiracist stance.  It is a disjunction, you are either a racist or antiracist--there is no in between.  Getting past denial is the first and one of the most important steps to becoming antiracist.  Accept the fact that we don't have control over the systems we were born into, but that we can change these systems for future generations by becoming antiracists.

A way of being

Being anti-racist requires that the we act when we see policies, behavior or ideas that racialize behavior.  This means that we also analyze the structures that we operate within.  The organizations we work, live and die within have been created in a world that is explicitly racist.  We have come a long way, but it is time to dismantle racism, the policies that uphold racism, the ideas, the actions and the beliefs that are the infrastructure of racism is what we are going for here.

We can all do our part, whether it is calling out racist behavior in the supermarket, or analyzing deep organizational policy for racialized ideas, concepts, practices and procedures EVERYONE can do something towards making our society an antiracist society instead of a racist society.

Being antiracist requires us to: 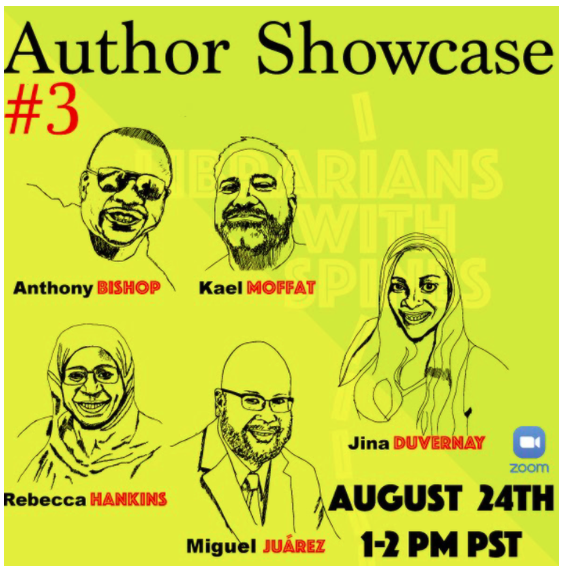 Information and registration is here: