This is your chance to be part of a unique publishing endeavor. Yago S. Cura and Max Macias are co-editing a book of essays written by specifically invited librarians who we feel have some of the best minds in the world. We need help with funds for publishing. Please consider giving what you can to help us create this one of a kind work. We plan on continuing with a series of unique, forward-thinking and courageous librarian works from outstanding minds in the Information world.

My name is Max Macias and my Co-editor is Yago Cura. We are seeking help publishing an invitational anthology of radical essays written by exceptional librarians, many of whom are also librarians of color. All funds will be used for publishing and promotional costs. We are projecting to publish this anthology of essays by May, 2017. Few books have been written about how information and culture impact the creation of knowledge. Even fewer books critique how oppression is bolstered and enhanced by cultural concepts that are embedded in our information. Since information is important to all of us as librarians and consumers of information, these essays will seek to fill the void described above. One of the things we are trying to understand is the relationship between culture and information, and how this impacts the creation of knowledge.

These essays will range in theme from colonialism and whiteness in library science to representation in children’s literature. Going beyond what has been written in the past on this subject and bringing together a diverse group of great librarians is the goal of this endeavor. These essays will attempt to move LIS forward in the areas of culture, information and education. You will not only be helping us publish this work, but you will be helping the field and profession of Library Science with your support. Please give anything you can to help us change the field of library related publishing. Description: Hinchas Press invites original chapters for a new volume.

This edited volume seeks to understand culture and its impact on information and knowledge in LIS and Education in general. We seek contributors involved in the ongoing critique of information and culture in the United States and Canada and the rest of the Americas--especially those who are interested in sharing and speaking candidly about their experiences with culture and information in libraries, authorship, books, films, comics, other media and in education. This monograph will offer multiple views and insights from the greatest minds in LIS during the second decade of the 21st century.

These essays will cover major breakthroughs, barriers to progress, cultural innovation and information, and radical thinking in libraries and in education and other vital areas. What progress has LIS made regarding major problems concerning information and culture? What successes have individuals had creating change? What do great contemporary librarians think about colonialism, feminism, multiculturalism, religion and race, intersectionality and other social justice and equity issues? This compilation will be edited by two of today’s shakers and movers in information and culture: Max Macias and Yago

Below is the golden ticket we sent invited authors and a link to our GoFundMe drive.

Please give what you can.

Because I Am a Better Person 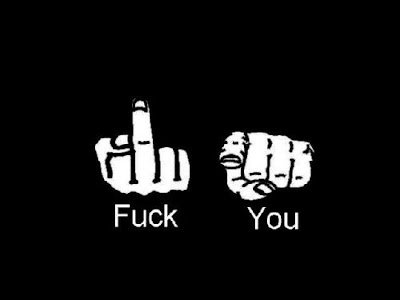 Black dead bodies pile up on the television screens across the nation.
While there is a 'debate' about force by some fancy people in some fancy room.
Children live in terror everywhere.
Educated grown men and women tremble at the sight of a police officer.
These are lynchings that puts the Klan to shame.
This is Freedom in the US at the beginning of the 21st century.
at July 07, 2016 No comments: