Up North: Chapter One


Juan thought he heard her say, "I love you!" as he walked away, but he wasn't sure.  He could hear his screaming heart beating and feel his blood pumping throughout his body. Was it her voice, his blood, or the rain?

It was raining hard

He was under grey skies.   They both shuffled away in opposite directions carrying withdrawn dreams turned to cash.

The air between them cold and wet.

He walked from the ATM to the bus stop.  Tears filled his eyes and he kept wiping them with the sleeve of his black Independent trucks hoodie.

"Fuck, it’s always freezing here!"  Juan thought to himself as he walked down the street.  He had two thermals on under his shirt and hoody, denim pants and a black Dogtown beanie on.

Oregon/Washington winters were still something hard for him. Even after 10 years.  His fingers reached to make sure he still had his wallet in his pocket.  He couldn’t believe this was all he had left.  HIs backpack, his skateboard and his wallet with few hundred dollars...

The bus finally came and he was soaking wet.  It was cool though, he thought to himself.  The bus was warm and he had over an hour to ride and then transfer to his next ride.  It was a long ride on the bus from Vancouver, WA to Hillsboro, OR--his new residence.

Then he reached into his backpack and pulled out his moist book...

Things were almost completely dry when he got off the bus at his stop in Hillsboro.  It was still raining.  Now he only had to walk 2 miles uphill to his new place.


“I need some sun!”  Juan he repeated to himself as he began his walk.

He thought about his hometown of San Jose, CA--its warmth and sunshine as he trudged through the rain into his new life.
at May 30, 2016 1 comment:


This week's review is on a pain balm.  I don't usually go in for these things--the only ones that work seem to make you stink and just kind of burn.   This product actually gets hot and then the cannabis properties kick in and it relieves pain.  I have degenerative disc disease in my neck, and back.  Sometimes the pain is almost unbearable.  Instead of taking a pain pill, I can rub this into my neck and alleviate the pain.  This also works well on my arthritic knees and ankle.

When you first put it on it gets hot and smells of cinnamon and menthol.  The menthol smell dissipates quicker than most--in about 10 minutes it goes away.  It leaves a hint of cinnamon smell on your skin after that.

You don't have to get stoned to alleviate your pain.  Products like this can be used before work, or anytime really.  This is non-psychoactive and really is made with love.  The owner tells me she received the recipe from her best friend's mother way back when.  Now she is trying to help people alleviate their pain with a natural, non-narcotic, non-psychoactive balm.

This balm gets an A+ rating from me.

If you are in the Portland area, you can get this product at the Human Collective dispensary.  It is 18.00.

Or you can order it direct from the website for 20.00.

The original all natural formula was developed in the 1980'sby Massage Therapist, Midwife and Author Sharon K. Evans.
In 2014 the recipe was gifted to Leslie Miller.  With some minor changes and adding a few new ingredients to the mix we have the Royal Pain in the Neck Balm today.
There are two versions of the balm; Original formula without any added cannabinoids.While the second has a non-psychoactive, high CBD cannabis extract.

So, if you have aches and pains and are in need of relief please pick up a container of this wonderful balm to get some relief. 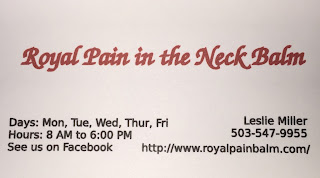 Here is a link to the Royal Pain Balm Web site: http://www.royalpainbalm.com/ 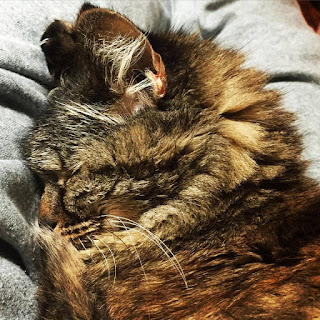 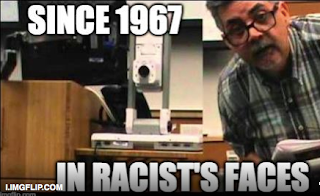 
Whiteness tells us our story through the lens of our oppressor?

What does this do to truth, validity, information and the construction of knowledge?
at May 09, 2016 No comments: