Book Review: The Other Slavery

The Other Slavery:  The Uncovered Story of Indian Enslavement In America by Andrés Reséndez is an important book that you will want to add to your library collection.

It is important in several areas:
It sheds new light on so many areas. It shook my understanding and revitalized my resolve to learn as much as possible about the history of our country and of the genocide that took place and in many ways is still taking place against indigenous people.  For instance, I had no idea that smallpox did not hit the Caribbean until a full 26 years after Columbus' invasion.  This gives new light to the claim that the majority of these Indians died from disease.  These people were murdered or worked to death.

The book covers the rape of the Caribbean and how, once the local population was exhausted, the need for more slaves drove the Spanish to raid nearby lands and import slaves.

The first part of the book begins by looking at the Spanish system of indigenous slavery.  It has a fascinating chapter that covers the fate of many indigenous people who were sent to Spain to become slaves.
Slaves could be captured in war.  Meaning--if the Spanish raided your village and you resisted in ANY manner--you would be deemed a violent enemy and could be captured.
Slaves could also be purchased from other Indians who had captured them.  This provided an incentive for Indians to slave raid other tribes an expanded market for slaves in the Americas.

The Spanish soon discovered Silver in Mexico and this caused the need for massive amounts of slave labor.   The from Northern Mexico were used in massive numbers for this purpose.  Mining, smelting and other labor was done by these slaves. 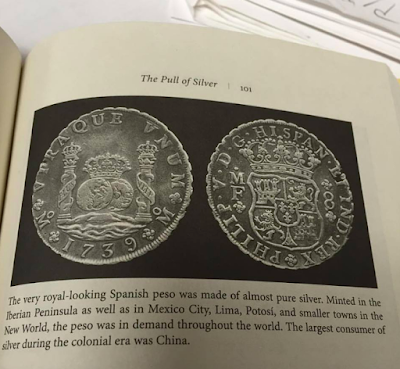 The system slowly turned to one of peonage.  This new version of other slavery lasted well into the 20th century and probably exists today as well.